The Independent Research Fund Denmark (DFF) has just awarded 191 grants for new research projects, 20 of which landed at UCPH's SCIENCE faculty. One of the awardees was DAWN's Johan Fynbo. 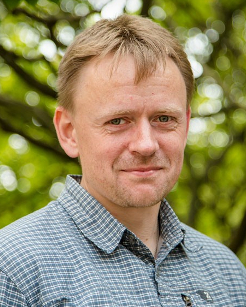 Finding quasars in a new way

The grant will be used to hire a PhD student to work on a new way to detect quasars — the extremely bright galactic nuclei caused by gas heated to millions of degrees as it plummets into a supermassive black hole.

The extreme brightness of quasars makes them relatively easy to detect, and their intrinsic bluish colors enable us to distinguish them from nearby stars. But if large amounts of dust is present — either in the host galaxy or in another, intervening galaxy — the blue light is filtered away, reddening the quasar.

This may cause us to "miss" the dust-obscured ones, biasing our understanding of quasars.

A promising method for circumventing this issue is offered by ESA's spacecraft Gaia, which has measured the positions of no less than one billion objects on the sky to high precision, in this way determining their motion.

Whereas stars slowly change their position on the sky, quasars are so distant that, to us, they seem motionless. Hence, investigating further the objects that don't move may reveal quasars in an unbiased way.

Browsing through such a large number of objects will be achieved using machine learning techniques.