This field of the sky in this image is a small fraction of the field targeted by the Hawaii Two-0 survey. The field of view is 1×3 square arcminutes, corresponding roughly to three times the size of Jupiter viewed from Earth.
Two of the dots are stars in our Sun's neighborhood — the remaining ~300 are galaxies, billions of lightyears away. The full survey covers a field of view which is 24,000 times larger.
Credit: H2O/Conor McPartland.

The Cosmic Dawn Center is involved in a number of observational surveys, dedicated to unraveling the mysteries of the Cosmic Dawn. Below is an overview of these surveys.

For a more general overview of our research, as well as the instruments and methods that we use, click here:

The Cosmic Dawn Survey is a 50 square degree multi-wavelength survey of the Euclid Deep and Calibration fields.

The scientific aim is to understand the co-evolution of galaxies, black holes, and the dark matter haloes that host them from reonization (z ~ 12, about 500 million years after the  Big Bang) to the present (z ~ 0).

The fields are some of the darkest and most observable fields on the sky and have existing multi-wavelength data that will enable immediate science. The survey parameters are designed to enable stellar mass measurement at 3 < z < 12 (2 billion years of Cosmic time, starting 500 million years after the Big Bang), to probe the large scale structure of reionization in the early Universe, and find luminous quasars to the highest redshifts where they exist.

COSMOS is an astronomical survey designed to probe the formation and evolution of galaxies as a function of both cosmic time (redshift) and the local galaxy environment.

The survey covers a 2 square degree equatorial field with spectroscopy and X-ray to radio imaging by most of the major space-based telescopes and a number of large ground based telescopes.

Over 2 million galaxies are detected, spanning 75% of the age of the Universe. 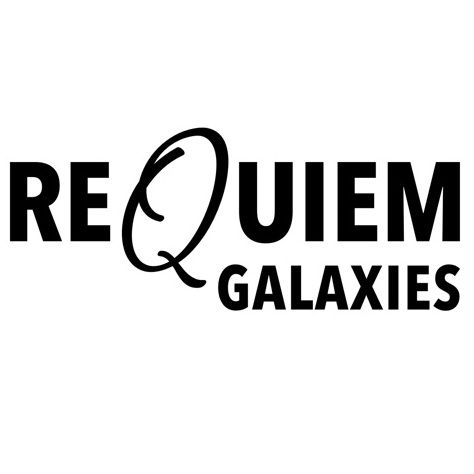 The analysis will combine deep G141 grism spectroscopy with a wealth of existing rest-frame FUV-optical HST and Spitzer/IRAC imaging. Additionally, ultra-deep dust continuum imaging will be added from a Cycle 6 and 7 REQUIEM-ALMA program.

BUFFALO is an astronomical survey built around the six Hubble Space Telescope (HST) Frontier Fields clusters designed to learn about early galactic assembly and clustering and prepare targets for observations with the James Webb Space Telescope.

BUFFALO will place significant new constraints on how and when the most massive and luminous galaxies in the universe formed and how early galaxy formation is linked to dark matter assembly.

The survey will give insight into galaxy formation, evolution, and quenching, as well as stellar mass functions and dark energy. 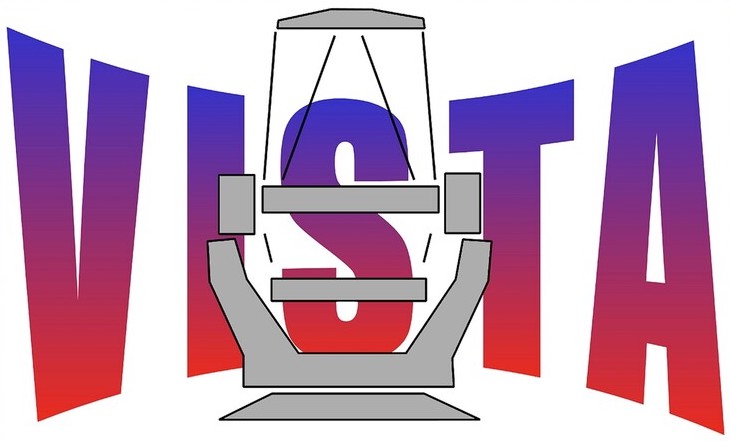 UltraVISTA is an Ultra Deep, near-infrared survey with the new VISTA surveys telescope of the European Southern Observatory (ESO). Over the course of 5 years, UltraVISTA will repeatedly image the COSMOS field in 5 bands resulting in three key surveys:

RAGERS is a Large Program on the James Clerk Maxwell Telescope, which will use SCUBA-2 to map the overdensities of dusty galaxies within the Mpc-scale environments of a sample of 33 powerful radio galaxies, uniformly distributed across the redshift range 1 < z < 3.5, and a control sample of radio-quiet galaxies with stellar mass and redshifts matching that of the radio-loud sample.

RAGERS will survey the dust-obscured star formation and the prevalence of dusty galaxies in the most highly biased, high-density regions in the Universe, where theory predicts that the formation and evolution of galaxies occur at an accelerated rate compared to regions of lower density.

RAGERS will study the effects of powerful AGN feedback on the buildup of the stellar mass in massive galaxies. The survey will investigate the existence of systematic differences in the overdensities of dusty galaxies around radio-loud vs radio-quiet galaxies, and will also explore evolutionary trends between the overdensities of dusty galaxies and intrinsic properties of the sample galaxies, such as radio luminosity, and radio emission extent and orientation. 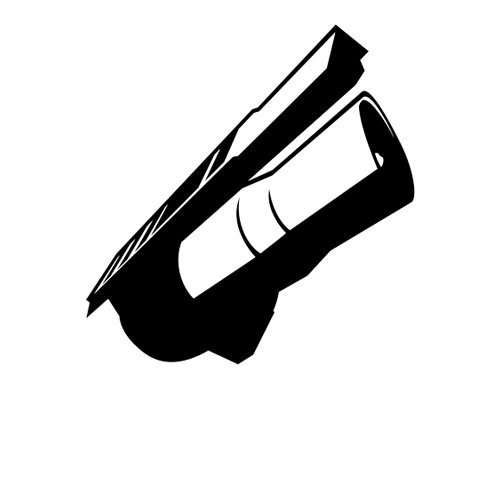 The Spitzer Matching Survey of the Ultra-VISTA Deep Stripes (SMUVS) consists of deep 3.6 and 4.5 imaging of three Ultra-VISTA near-infrared survey stripes in the COSMOS field.

SMUVS reaches point-source sensitivities of about 25.0 AB mag at both 3.6 and 4.5 microns with a significance of 4 sigma, accounting for both survey sensitivity and source confusion. To this limit, the SMUVS catalogs contain a total of ~350,000 sources, each of which is detected significantly in at least one IRAC band.

Because of its uniform and high sensitivity, relatively large area coverage, and the wide array of ancillary data available in COSMOS, the SMUVS survey will be useful for a large number of cosmological investigations. 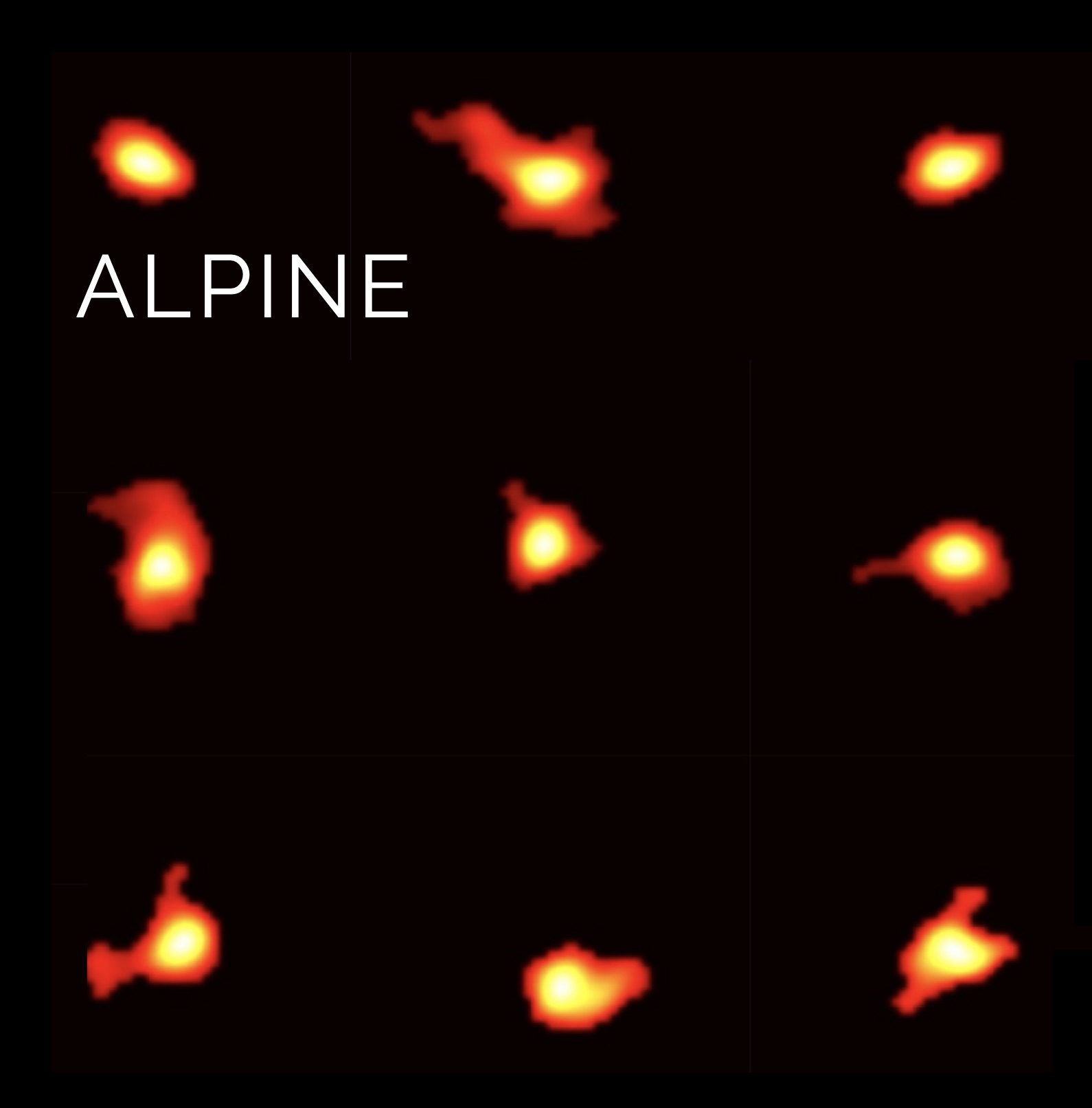 ALPINE is an ALMA program that studies the gas and dust properties of young galaxies at redshifts z = 4-6. ALPINE observes a total of 118 main-sequence galaxies in spectroscopic redshifts between 4.4 and 5.9 in the COSMOS field and GOODS-S/ECDFS at a rest wavelength of 159 micrometers. ALPINE focusses on galaxies that are characteristic of these redshifts, therefore its results paint a representative picture of the physical properties of early galaxies

The main science questions addressed with ALPINE are: 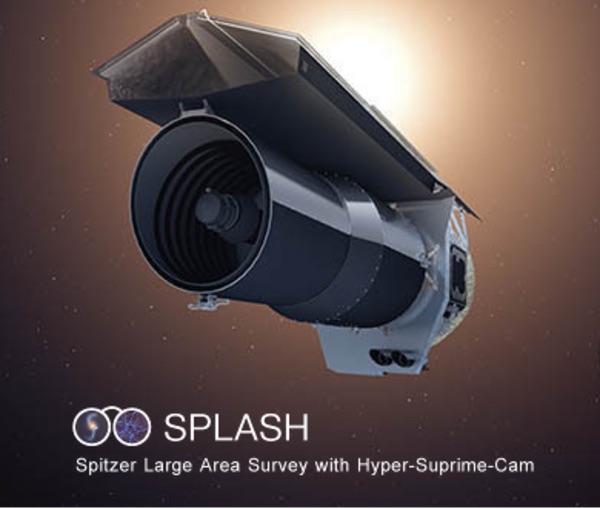 The Spitzer Large Area Survey with Hyper-Suprime-Cam (SPLASH) is an astronomical survey to investigate the co-evolution of cosmic large-scale structure, dark matter and the assembly and growth of galaxies as well as supernovae in the early Universe through transient studies.

The survey covers two 1.8 square degree fields (COSMOS and SXDS) and provides optical (from the Hyper-Suprime-Cam on the Subaru telescope) and mid-infrared (from the Spitzer Space telescope) imaging at an unprecedented depth over this area.

3D-HST is a near-infrared spectroscopic survey with the Hubble Space Telescope designed to study the physical processes that shape galaxies in the distant Universe.

This is the epoch when ~60% of the star formation in the Universe took place, the number density of quasars peaked, the first galaxies stopped forming stars and the structural regularity that we see in galaxies today emerged. 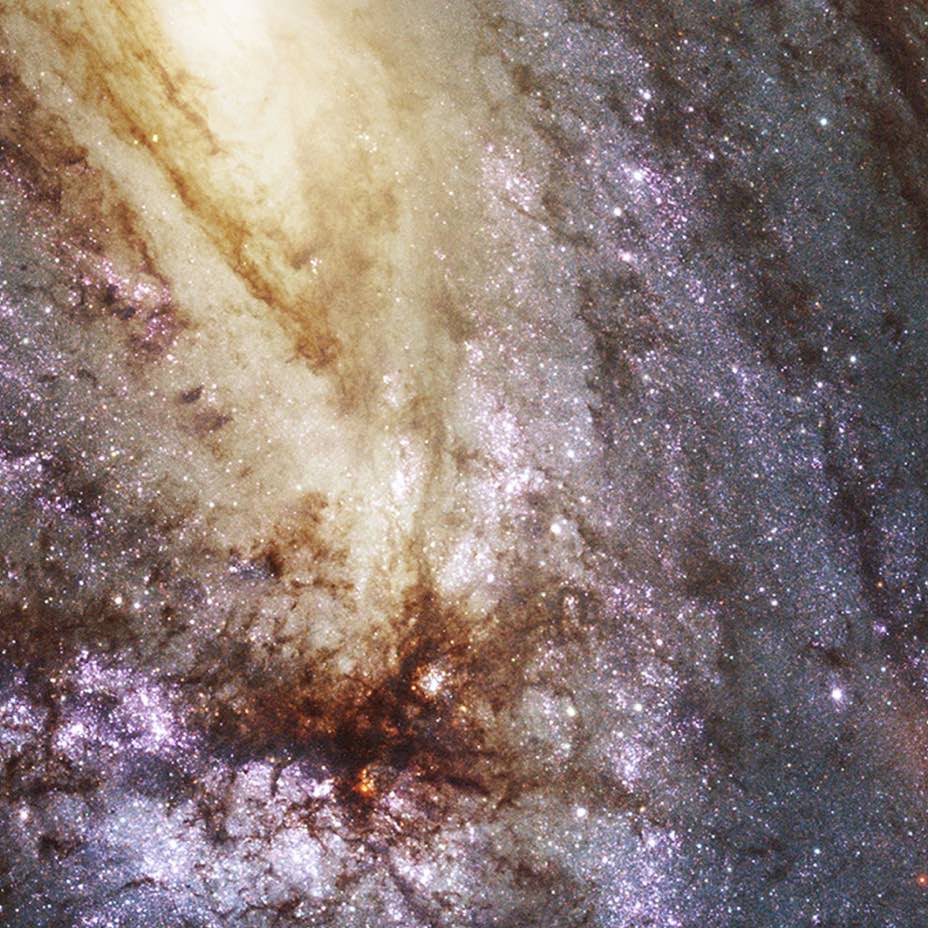 This link seems outdated. Should I use frontierfields.org? Gabe?