Welcome to the Cosmic Dawn Center

The center is dedicated to uncovering how and when the first galaxies, stars and black holes formed, through observations with the prime telescopes of the next decade (ALMA, JWST, Euclid, E-ELT, HST) as well as through theory and simulations. 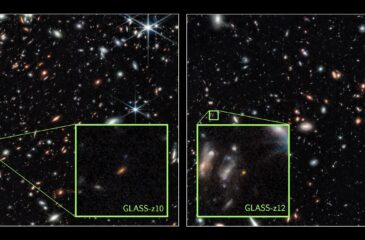 Less than a week after the James Webb Space Telescope was ready for science, the first reports of discoveries of galaxies at record distances and, consequently, at record-early times appeared in preprints. Even more remarkably, these galaxies seem to be so massive that they challenge our understanding of how structure forms in the Universe. Now the two first of these reports have undergone the mandatory peer-review and have been accepted for publication in the scientific journal The Astrophysical Journal Letters, substantiating the robustness of the result. However, astronomers are still waiting for the conclusive evidence — spectroscopy.