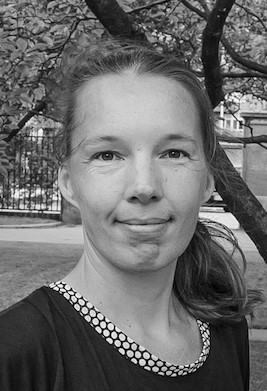 After the Big Bang, 13.8 billion years ago, the Universe consisted solely of gas in the form of hydrogen and helium. The first stars were formed approximately 200 million years later from condensing gas.

Explosions of the most massive stars and subsequent generations of massive stars gradually enriched the Universe with elements heavier than hydrogen and helium. These elements together constitute the building blocks for all material in the Universe and later also our Solar System.

The first stars are far too faint to be detected, even with the largest telescopes. Meanwhile, most of the material in the Universe is in the form of gas, but this is difficult to detect since it doesn't emit light. This means that many details about how galaxies evolve in the early Universe are not known.

Exploding stars leave an atomic fingerprint that can be detected in the gas phase. We can use observations of the most distant sources, the quasars, to search for a “chemical fingerprint” left by the first stars, and to determine where the gas is located relative to the galaxies.

In her project, “Galactic Gas Recycling”, Lise Christensen will utilize data from the new James Webb Space Telescope, from large ground-based telescopes as well as the latest simulation of galaxy evolution with supercomputers to clarify how the enrichment of the Universe with heavier elements affects the evolution of galaxies throughout the history of the Universe. Moreover, she will discover where the largest part of the gas is located in the galaxies, and how the gas is reused in a cosmic cycle.