Congratulations to Francesca Rizzo, who has just been awarded the Max Planck Institute for Astrophysics's "Kippenhahn Prize" for her paper which was published last year in Nature. 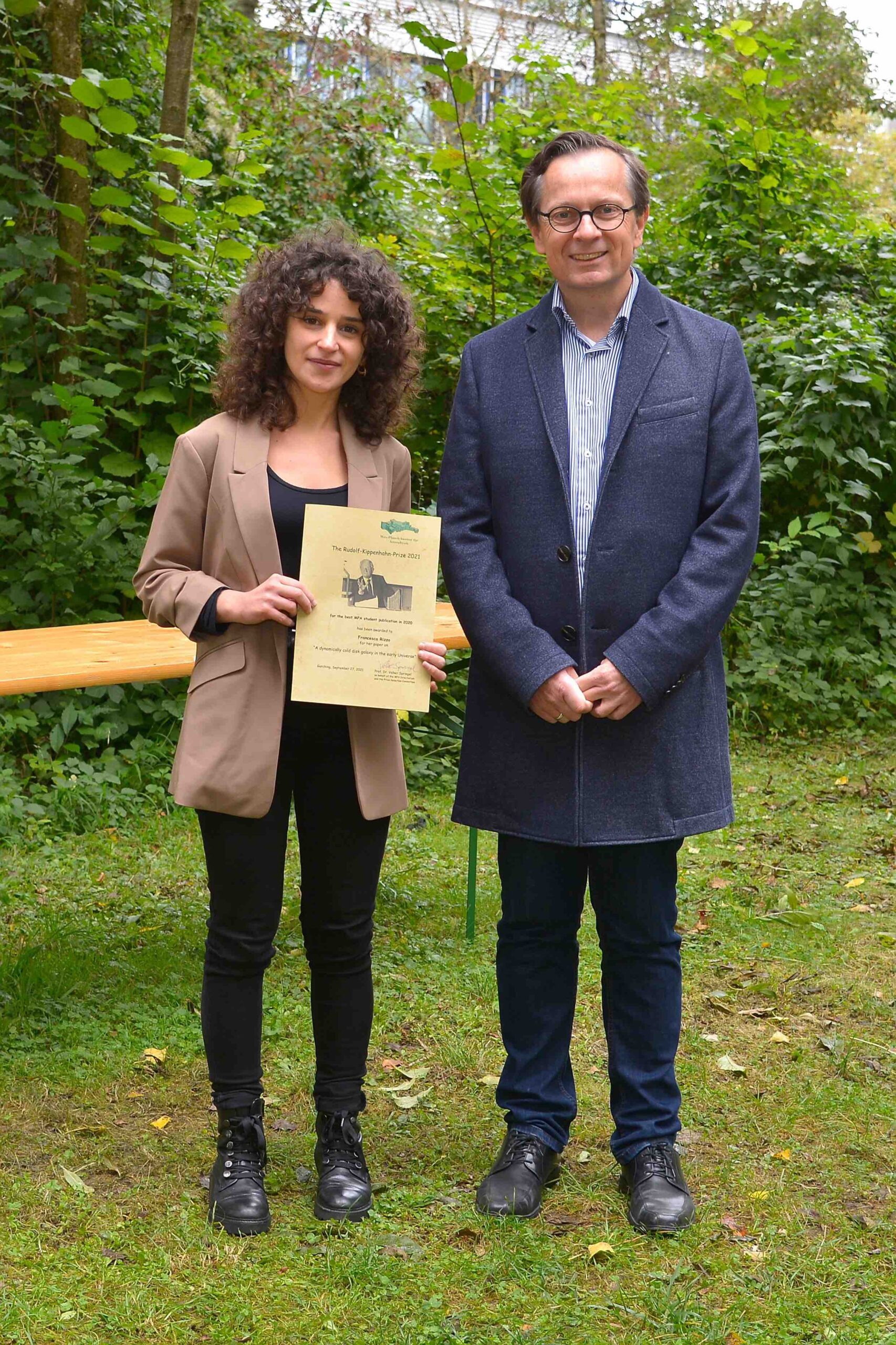 Each year, the Max Planck Institute for Astrophysics (MPI) awards a prize for "the best student paper that has been published in an established journal", the so-called Kippenhahn Prize. Francesca Rizzo, who is currently at DAWN but finished her PhD last year at MPI, received the Prize this year for her Naure paper "A dynamically cold disk galaxy in the early Universe".

In her paper, Francesca Rizzo challenges current models of galaxy evolution, which predict that interstellar in gas early galaxies should  be much more chaotic and turbulent than today.

Using the Atacama Large Millimeter Array (ALMA) in Chile, she observed the light emitted from ionized carbon in a galaxy, seen when the Universe was just 10% of its current age. The galaxy was gravitationally lensed by a foreground galaxy, allowing for unprecedented high resolution.

Interestingly, despite the galaxy forming stars at a high rate, it shows a remarkably ordered rotation, with very little turbulence. This highlights the need for revising our current models and understanding of the formation of galactic disks.