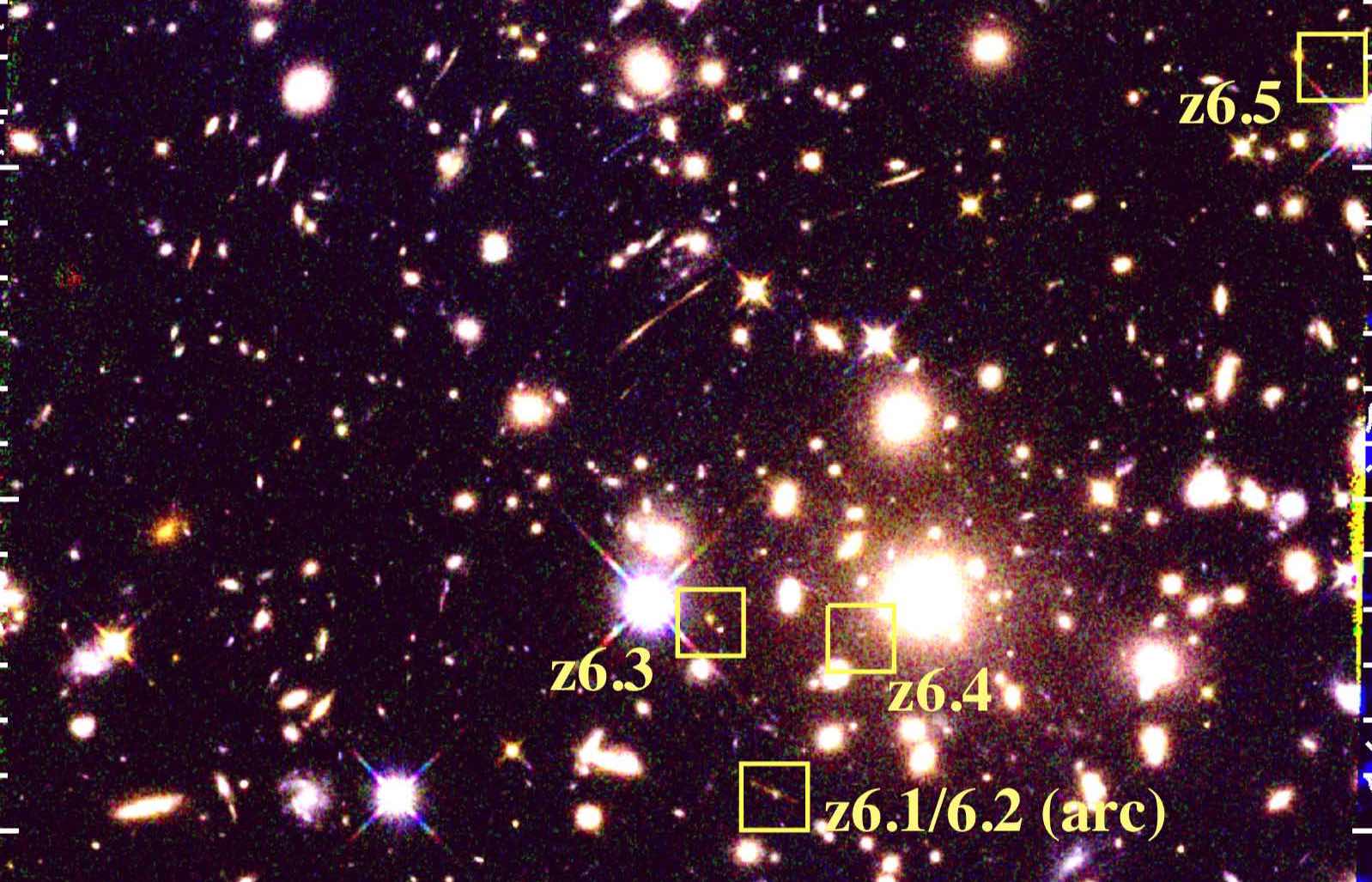 Massive matter — such as clusters of galaxies — distort and magnify light from distant galaxies behind them through gravitational lensing. This can make faint galaxies highly visible.

DAWN's Seiji Fujimoto (and several other DAWNers) discovered an apparently very bright, but intrinsically very faint galaxy at a distance of 28 billion lightyears.

Not only is the galaxy strongly lensed (by the so far highest magnification at this distance of 20-160×) — the galaxy is also seen multiple times on the sky, because its light takes different paths through the Universe.

This enabled the astronomers to see the galaxy's internal structure in greater detail than ever before, revealing e.g. that carbon gas lies close to the young stars, and that emission from carbon and young stars is similar to galaxies in the present-day Universe.