Gamma-ray bursts are the most powerful explosions in the Universe, resulting from either collapsing stars or from the collision of two compact stellar remnants. But a recent discovery fits in neither, or both, of these categories, challenging our understanding of their source. Astronomers from the Niels Bohr Institute played an important role in the study that may lead us to revise our theories about these violent events. 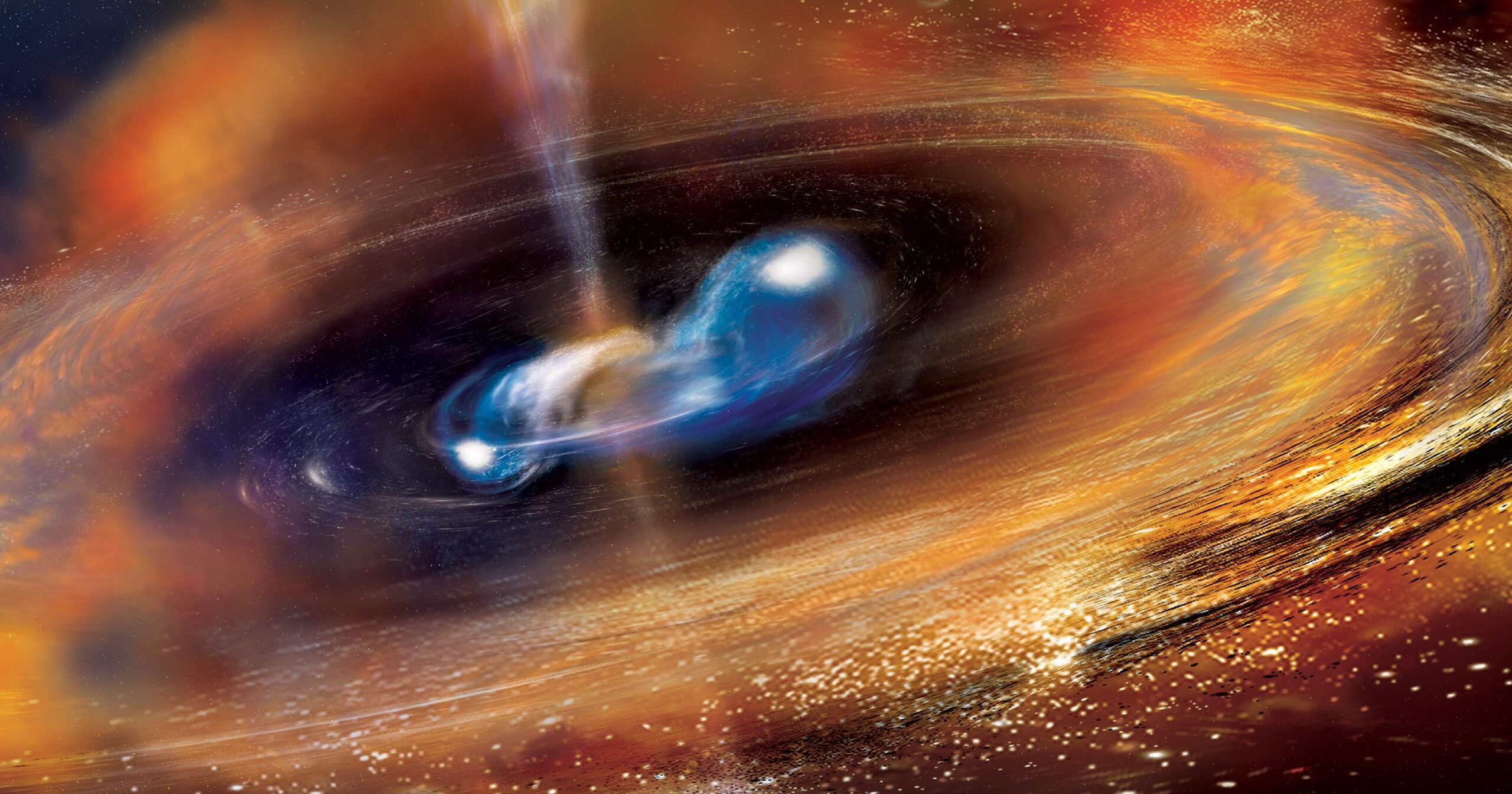 Artist’s conception of a gamma-ray burst caused by the violent collision of two massive neutron stars, following their inspiraling danse macabre. In addition to high-energy radiation and matter spewed out in a narrow jet, the event is thought to be the Universe's main factory of heavy elements, including gold and platinum. Credit: A. Simonnet (Sonoma State University) and Goddard Space Flight Center.

Daniele Bjørn Malesani was carrying out a routine follow-up observation of a gamma-ray burst, named GRB 211211A, using the Nordic Optical Telescope on the Canary island La Palma. A standard procedure after having received the text message that was automatically triggered by the spacecraft “Neil Gehrels Swift Observatory” which monitors the sky for gamma-ray bursts.

But something wasn’t quite right…

Malesani is an astronomer at Radboud University in the Netherlands, and a guest researcher at the Cosmic Dawn Center in Copenhagen. He expertizes in gamma-ray bursts, the most energetic explosions in the Universe.

But to understand what wasn’t right, let’s first have a look at what is a “gamma-ray burst”:

As bright as the Universe itself

Gamma-ray bursts are brief and ultra-bright flashes of the most energetic form of light, gamma-rays. Mostly detected in the very distant Universe, they generally come in two categories which are thought to arise from two different physical scenarios:

“Long” bursts typically last from a few seconds to several minutes, but are often accompanied by a longer-lasting afterglow of less energetic light. They are found in the most star-forming regions of galaxies, and are thought to be the result of a massive star that collapses to a compact neutron star or a black hole, ejecting its outer parts in an immense explosion, similar to a supernova.

Gamma-ray bursts were first discovered in 1967 by the Vela satellite, built to monitor the sky for possible tests of nuclear weapons, which would be a violation of the 1963 Nuclear Test Ban Treaty. First thought to originate from nearby sources within our own galaxy, more sensitive space observatories revealed, in the 1990’s, that they must come from far outside the Milky Way, distributed over the whole Universe.

The transient nature of the bursts made them difficult to study, but from the late 1990’s astronomers have been able to detect also their less energetic afterglow, from X-rays to optical light, to the infrared, helping to establish a theory of their origin.

Gamma-ray bursts come in two versions, “short” and “long”, which have, until now, been thought to arise from two different physical mechanisms, namely the merging of two compact objects, and the collapse of a massive star, respectively. With the new observations, this theory is now being challenged.

“Short” bursts are even more fleeting, with typical durations of 1/10 to 1 second. They are often seen offset from the galactic centers, or even outside galaxies. The prevailing theory is that they are the outcome of a two massive stars orbiting each other in a “binary” system. At some point, they explode as supernovae, kicking them out of their host galaxy. Eventually, however, the two objects will spiral in and merge, resulting in a gamma-ray burst.

So what was the issue with Malesani’s burst, GRB 211211A? Well, it seemed to fit in neither, or perhaps both, of these categories.

“The observations showed that the burst originated outside of a galaxy typical for hosting short bursts. But rather than being a millisecond or a few seconds, this beast lasted for almost a minute,” Malesani says. 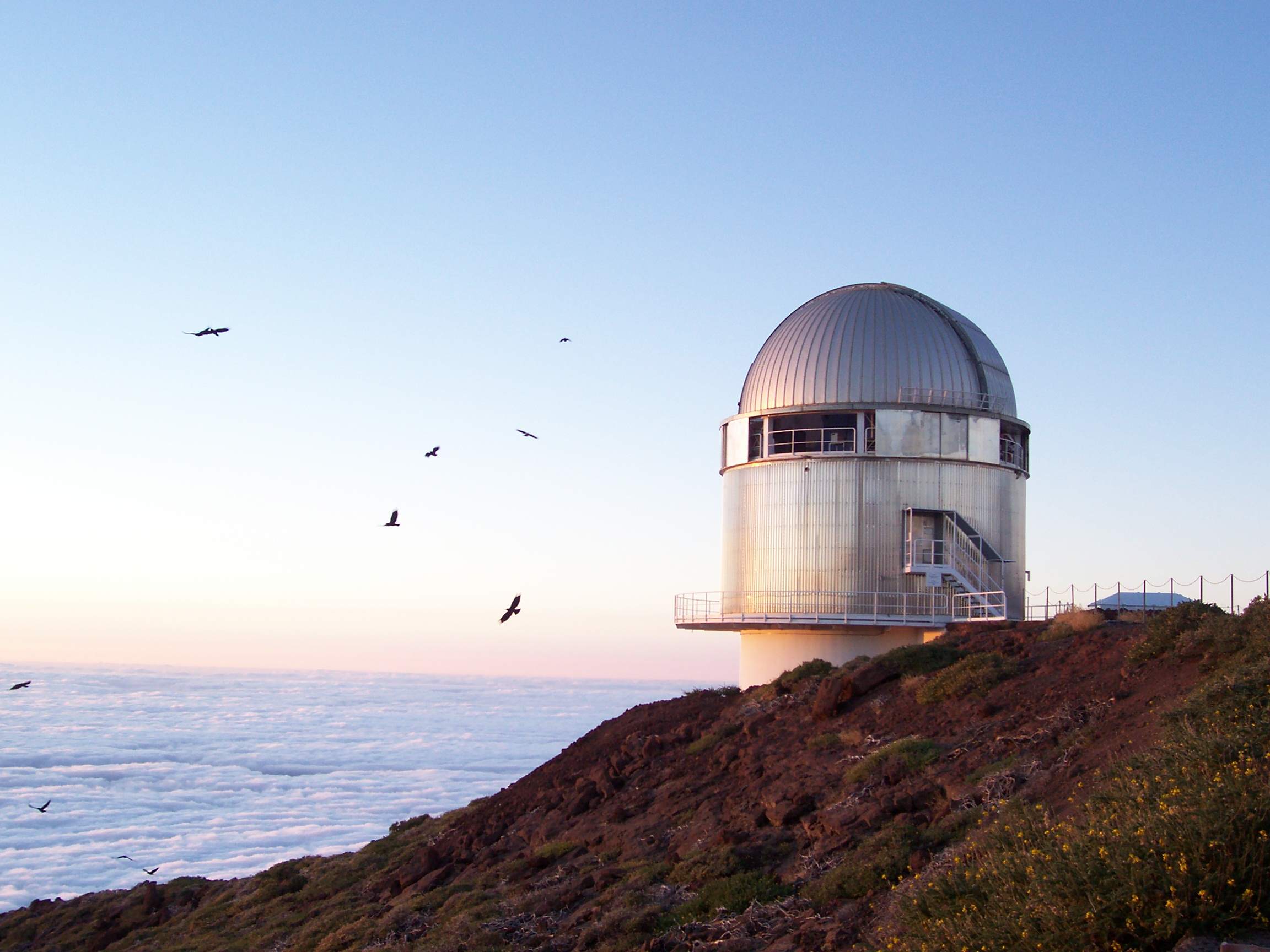 The peculiar event prompted an international team of astronomers, led by Jillian Rastinejad of Northwestern University (USA), to begin an intensive campaign to study this surprising object. These efforts led to the completely unexpected discovery of a so-called kilonova, the smoking-gun proof of the collision of two neutron stars, or a neutron star and a black hole.

Binary neutron star mergers are widely considered the progenitors of short gamma-ray bursts. Why this one was instead followed by a long burst puzzled the astronomers.

Luca Izzo, astronomer at the DARK research section at the Niels Bohr Institute, participated in the study. He comments: “Gamma-ray bursts can show a variety of behaviors, but the distinction between long and short events has been clearly established since the 1990s, and is considered one of the pillars in the field. This finding caught us really by surprise.”

A new engine for making gold?

Kilonovae are thought to be the main mechanism for creating heavy elements such as the precious silver, gold, and platinum, the radioactive plutonium and uranium, as well as many others. As always in physics, a definite proof that a kilonova is responsible for the long gamma-ray burst does not exist. When the astronomers nevertheless are confident in their interpretation, it is due to several circumstances. Johan Fynbo, professor at the Cosmic Dawn Center and partaker in the study, explains:

“The afterglow of the burst showed colors and features that are consistent with a kilonova, and which haven’t been seen for any other types of objects. Moreover, we would not expect to see a collapsing star outside of a galaxy, since traveling this far takes hundreds of millions of years, while massive stars collapse on timescales less than 10 million years.”

In astrophysics, the term ”compact object“ refers to one of three exotic object that are all the remnant of a star that has exhausted its fuel.

White dwarfs are the remains of a low-mass star. Their masses are comparable to our Sun’s, but they are only the size of Earth.

Massive stars explode as supernovae, often leaving behind the even more compact neutron stars, with masses of 1–2 Suns, but a mere 10 km across.

If they are more massive than 2–3 Suns, nothing can prevent the ultimate collapse into a black hole, with several Solar masses squeezed into a singular point from which nothing can escape.

But in principle, GRB 211211A could be a collapsar inside a faint or dusty, undetected galaxy, although the Hubble images are indeed very deep and ought to have seen this. “Follow-up observations with the more sensitive ALMA radio telescopes in Chile, or the James Webb Space Telescope, would be able to settle this issue,” Fynbo remarks. 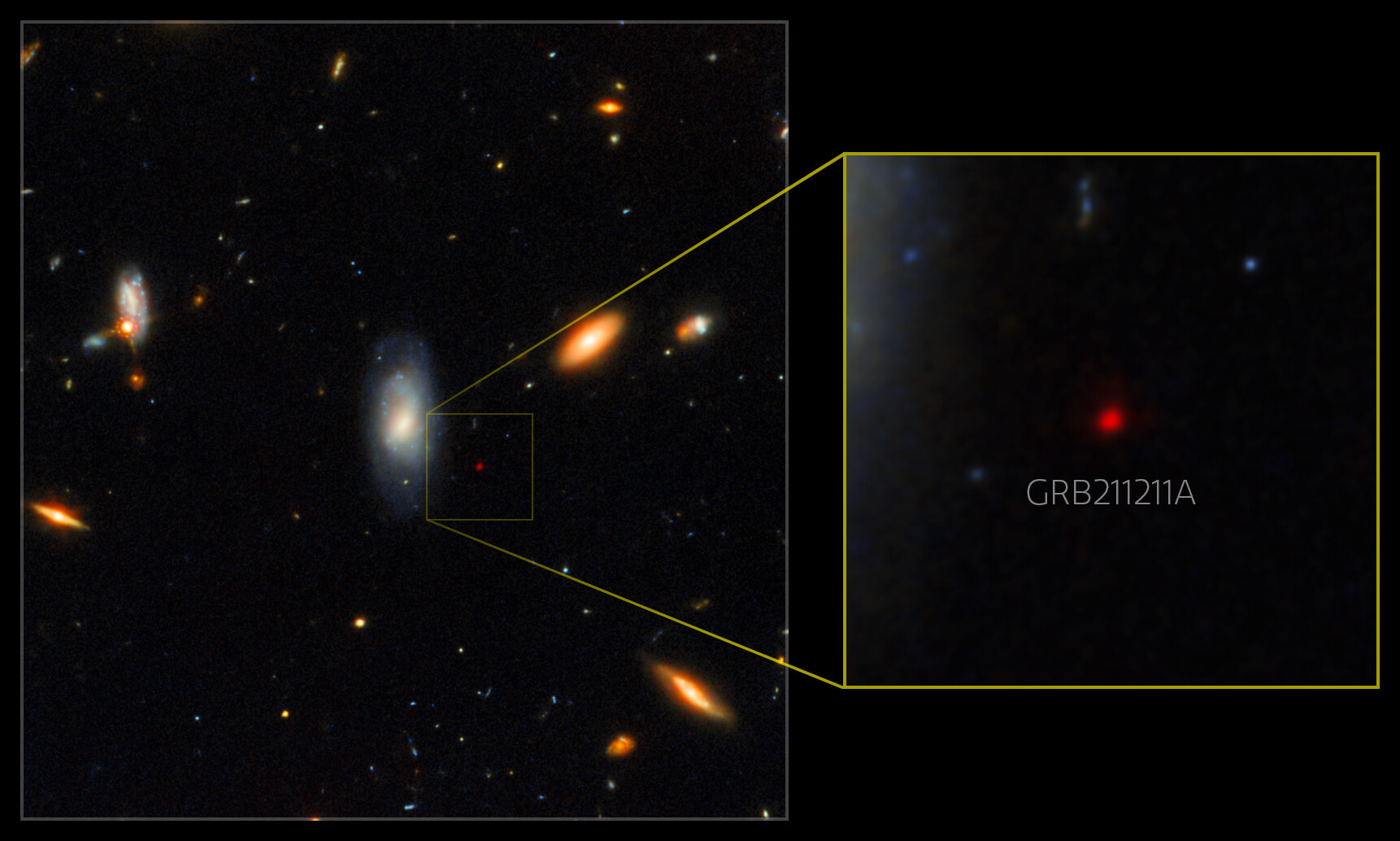 Hubble Space Telescope view of the location of the gamma-ray burst GRB 211211A and its surroundings. The zoom-in shows the afterglow of the burst, as observed with the Gemini North telescope on Hawaii. The binary system causing the burst was likely ejected in the past from the big, bluish galaxy on its left. Credit: International Gemini Observatory/NOIRLab/NSF/AURA/M. Zamani; NASA/ESA.

If the interpretation turns out to be correct, it not only opens up for an exciting new mechanism for kilonovae to form heavy elements. It is also a strong motivation for looking for new kilonovae at the position of long bursts.

“Kilonovae are a relatively new and unexplored phenomenon to us; to this day, we have only detected a few,” explains Daniele Bjørn Malesani. “Because we didn’t expect them to be associated with long bursts, we have not been looking for them there. But now we know that Nature is more resourceful than we previously thought.”

From a previous study in 2006, the three astronomers had a hint that colliding neutron stars might be able to keep their engines active for longer than just a few seconds. But without a kilonova detection the evidence had been confusing. One theory is that the collapsed neutron stars may spin so fast — at a significant fraction of the speed of light — that centrifugal forces can sustain the merged object for a little while and postpone its gloomy fate.

Future observations of more long bursts from kilonovae will teach us more about this exciting phenomenon. The findings have just been published in the scientific journal Nature.