If the next month doesn't display, please refresh the page.

A virtual seminar on COSMOS2020

This week the speaker at the IAP seminar will be our very own John Weaver, who is going to present the COSMOS2020 catalog and (ongoing) scientific projects related to it.

The furthest QSOs in the X-rays

In the last 20 years, more than 200 accreting supermassive black holes (SMBHs), shining as quasi-stellar objects (QSOs), have been discovered at z>6, i.e., only <1 Gyr after the Big Bang. The very existence of these objects is a currently unsolved challenge to our theoretical knowledge of SMBH formation. X-ray observations provide a direct view into the very inner regions of the accretion disk/hot corona system, allowing us to study the SMBH accretion physics and possible evolution in the early universe. I will present the main results of recent X-ray observations of the first statistically significant samples of z>6 QSOs, focusing on the observables that we use to study the physics of SMBH accretion (e.g., the relations between Lx and LUV) and their possible evolution in the first Gyr of the universe. I will also present new follow-up observations of two high-redshift QSOs that showed noticeable properties. The first QSO, PSO167 at z=6.5, shows evidence of extremely weak X-ray emission, due to either uncommon accretion physics or heavy obscuration. The second QSO, J1641 at z=6.05, has been found to be an extremely variable (by a factor of >7) X-ray source on timescale of a few months in the rest frame.
Peculiar objects like these might provide unique information on the physics behind the fast growth of high-redshift SMBHs. 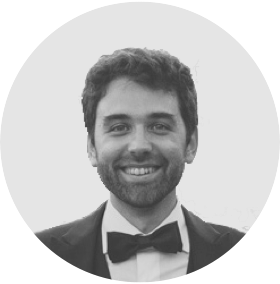 Cold molecular gas represents the fuel for star formation and plays a key role in galaxy quenching. However, it is observationally challenging to detect CO emission in gas-poor quiescent galaxies, particularly at high redshift. Using deep observations with the NOEMA interferometer, we have detected CO emission in three galaxies that are undergoing quenching at z~1. Additionally, we characterized their stellar populations by fitting models to the combined optical spectroscopy and multi-band photometry.

By comparing the properties of the cold gas to those of the stars, we can place new constraints on the physical processes that drive galaxy quenching. 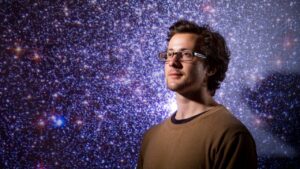 The peak epoch of cosmic star formation also coincides with the peak in the cosmic co-moving molecular gas mass density, at z ~2. Even with sensitive interferometers, only strongly lensed galaxies offer the feasibility to efficiently and systematically detect multiple emission lines tracing the full CO ladder and both atomic carbon fine-structure lines for high-z galaxies. In the past few years, our team has delved into the Planck All-Sky Survey to Analyze Gravitationally-lensed Extreme Starbursts (PASSAGES) in order to conduct such systematic studies to better understand the most active star-forming galaxies in the early Universe. In this talk I will present the results of a state-of-the-art approach to model — simultaneously — both the detected emission lines and the dust SED. Using the largest assembly of ~200 CO/[CI] lines for any uniformly selected high-z sample, we have explicitly derived the infamous alpha conversion factors without assuming any excitation corrections or typically applied values. I will discuss the implications based on such spatially unresolved measurements, including a detailed perspective on the often-used dust continuum approach to deriving the molecular gas masses. I will also present our current understanding of the [CI] line excitation conditions in the context of these detailed radiative transfer models.
More details can be found in the recently published Harrington et al. 2021 (https://ui.adsabs.harvard.edu/abs/2021ApJ…908…95H/abstract    — the ApJ version is recommended; please see the supp tables/figs).
Read more
Categories: DAWN talks Tags: ALMA Lensing starbursts
Jun
24
Thu
Cake Talk: Thomas Greve and Seiji Fujimoto @ Zoom
Tickets
Jun 24 @ 16:00 – 17:00
When: This Thursday @ 1600 CET
Where: https://ucph-ku.zoom.us/j/69739170068
Duration: 1 hour (2 x 20 minute talks + questions)

Galaxy Clusters – Emergence and Prominence
Galaxy clusters are the most massive gravitationally-bound objects in the Universe. Their alluring beauty so prominently on display in the present-day Universe, mega-parsec-sized structures containing up to thousands of galaxies residing in massive dark matter halos, belies what is likely a complex and prolonged formation history. In this caketalk I will discuss what we know and don’t know about how galaxy overdensities associated with protoclusters formed and evolved with cosmic time.  I will also discuss what role accreting supermassive black holes, so-called active galactic nuclei (AGN), might have had in the buildup of protoclusters.  I will present result from the RAGERS, SPT, and COSMOS2020 surveys – surveys that we are either leading or are deeply involved in at DAWN.

ALMA Lensing Cluster Survey: A Sub-kpc View of [CII] emission from a Sub-L* Galaxy in the epoch of reionization

I present bright [CII] 158 μm line detections from a strongly magnified and multiply-imaged (μ∼20−160) sub-L∗ (MUV = −19.75) Lyman-break galaxy (LBG) at z=6.0719 +/- 0.0004 from the ALMA Lensing Cluster Survey (ALCS). Owing to the uniquely deep and wide survey volume being explored by ALCS, we successfully detect emission lines at 268.7 GHz at ≥ 8σ exactly at positions of two multiple images of the LBG behind a massive galaxy cluster. Our lens models, updated with the latest spectroscopy from VLT/MUSE, indicate that a sub region of the LBG crosses the caustic and is lensed into a long (∼6″) arc with a local magnification of μ∼160, for which the [CII] line is also significantly detected. The source-plane reconstruction resolves the interstellar medium (ISM) structure, showing that the [CII] line is co-spatial with the rest-frame UV continuum at the scale of ∼300 pc. The [CII] line properties suggest that the LBG is a rotation-dominated system whose velocity gradient explains a slight difference of redshifts between the whole LBG and its sub region. The star formation rate (SFR)-L[CII] relations from the sub to the whole regions of the LBG are consistent with those of local galaxies. We evaluate the lower limit of the faint-end of the [CII] luminosity function at z=6, and find that it is consistent with predictions from semi-analytical models and from a SFR function at z=6 converted with the local SFR-L[CII] relation. These results imply that the local SFR-L[CII] relation is universal for a wide range of scales including the spatially resolved ISM, the whole region of the galaxy, and the cosmic scale, even in the epoch of reionization. I will also present JWST observations for this unique lensed system, which has been approved in cycle 1. I will also introduce our DAWN-IRES summer project working with Hollis at the end of the talk.
Read more
Categories: DAWN talks Tags: Cake talk
Jul
12
Mon
BUFFALO Collaboration Meeting (Virtual)
Tickets
Jul 12 @ 00:00 – Jul 13 @ 23:45
Read more
Categories: Workshops and conferences DAWN activities DAWN talks
Sep
9
Thu
Cake Talk by Dr. Alkistis Pourtsidou (Queen Mary University of London)
Tickets
Sep 9 @ 14:00 – 14:30
Please join us for this week’s cake talk, which will be given by Dr. Alkistis Pourtsidou (Queen Mary University of London).
Where: DAWN/NBB / https://ucph-ku.zoom.us/j/69739170068
When: Thursday 9th September @ 2pm CEST
Duration: 20 minutes + questions
Title: HI constraints from cross-correlations of intensity maps with optical galaxies
I will introduce the Neutral Hydrogen (HI) intensity mapping technique, which can be used for galaxy evolution and cosmology studies. I will then present the recent joint analysis of HI intensity maps from the Green Bank Telescope and SDSS-eBOSS (as well as WiggleZ) galaxies.
See you there!
Read more
Categories: DAWN talks
Cake talk by Arianna Long (University of California, Irvine)
Tickets
Sep 9 @ 16:00 – 17:00
Please join us for next week’s cake talk, given by Arianna Long (University of California, Irvine).
Missing Giants: The Impact of Dust-Obscuration on Stellar Mass Assembly Through Cosmic Time
Half of all cosmic starlight is absorbed and reprocessed by dust, which means that the widely-accepted cosmic history generated by visible-light telescopes is incomplete. The consequences of our biases are apparent in our most modern cosmological simulations, which struggle to produce sufficient populations of massive galaxies (M > 3 x 10^10 Msun) to match observations of the first 2 Gyr of the cosmos. These giants likely underwent rapid, violent, and bursty phases of star formation in order to reach such extreme masses, so early on. Such rapid stellar growth produces an overabundance of dust that obscures starlight, rendering the galaxies near-invisible at UV/optical wavelengths. In this work, I compile empirical data on massive, dusty, star-forming galaxies to create a numerical model that re-derives the primary function describing stellar mass assembly in the Universe: the stellar mass function (SMF). With my model, I extend the massive end of the SMF and create more massive star-forming galaxies throughout cosmic time. I forward evolve the model and show that, to first order, we can also successfully model the rapid build up of the massive quiescent galaxy population at z > 1 — aka the fated descendants of dusty, star-forming galaxies. I detail the impact of this model on our understanding of massive galaxy assembly, and briefly review our next steps towards predicting and characterizing the evolutionary properties of these massive, dust-obscured galaxies using next-generation telescopes.
Read more
Categories: DAWN talks
Nov
25
Thu
Maria Bergemann: [title TBA]
Tickets
Nov 25 @ 14:00 – 15:00